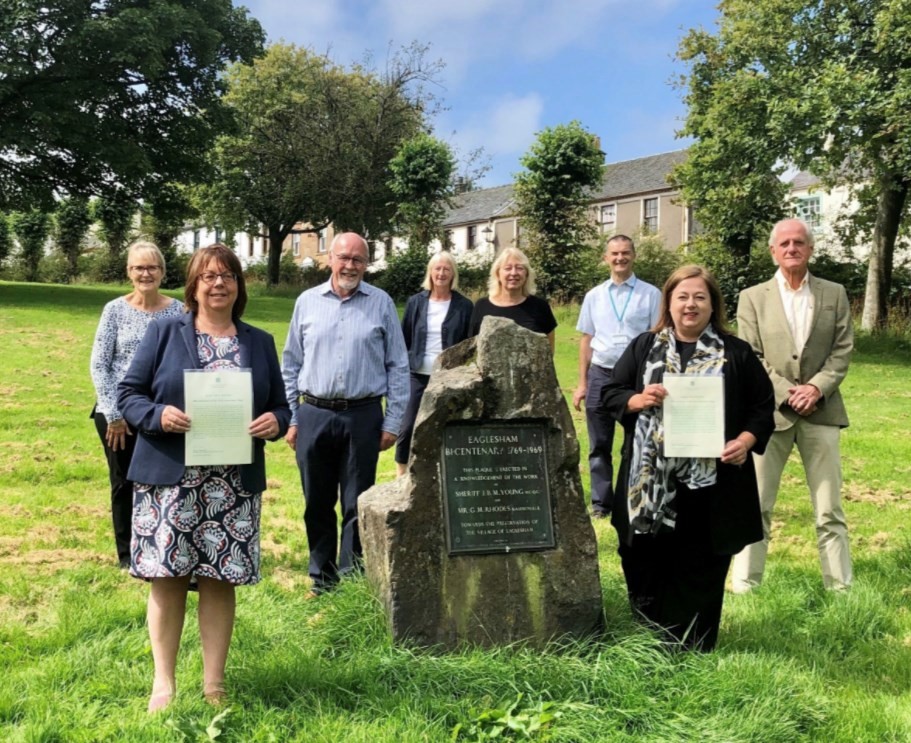 Eaglesham History Society and The Regeneration of Eaglesham’s Environment (TREE) were delighted to receive a copy of the Early Day Motion put down by our MP Kirsten Oswald to commemorate an historic moment in the village’s history.

The motion celebrated the moment on 12 August 1960 when Secretary of State for Scotland, John Maclay, set a precedent by listing all the old houses as a group in the highest category of buildings of historic and architectural interest under the Town and Country Act 1947.

Some 51 buildings of architectural and historical interest were included in the preservation order, which was the first in Scotland and the United Kingdom. Mr Maclay later became Lord Muirshiel.